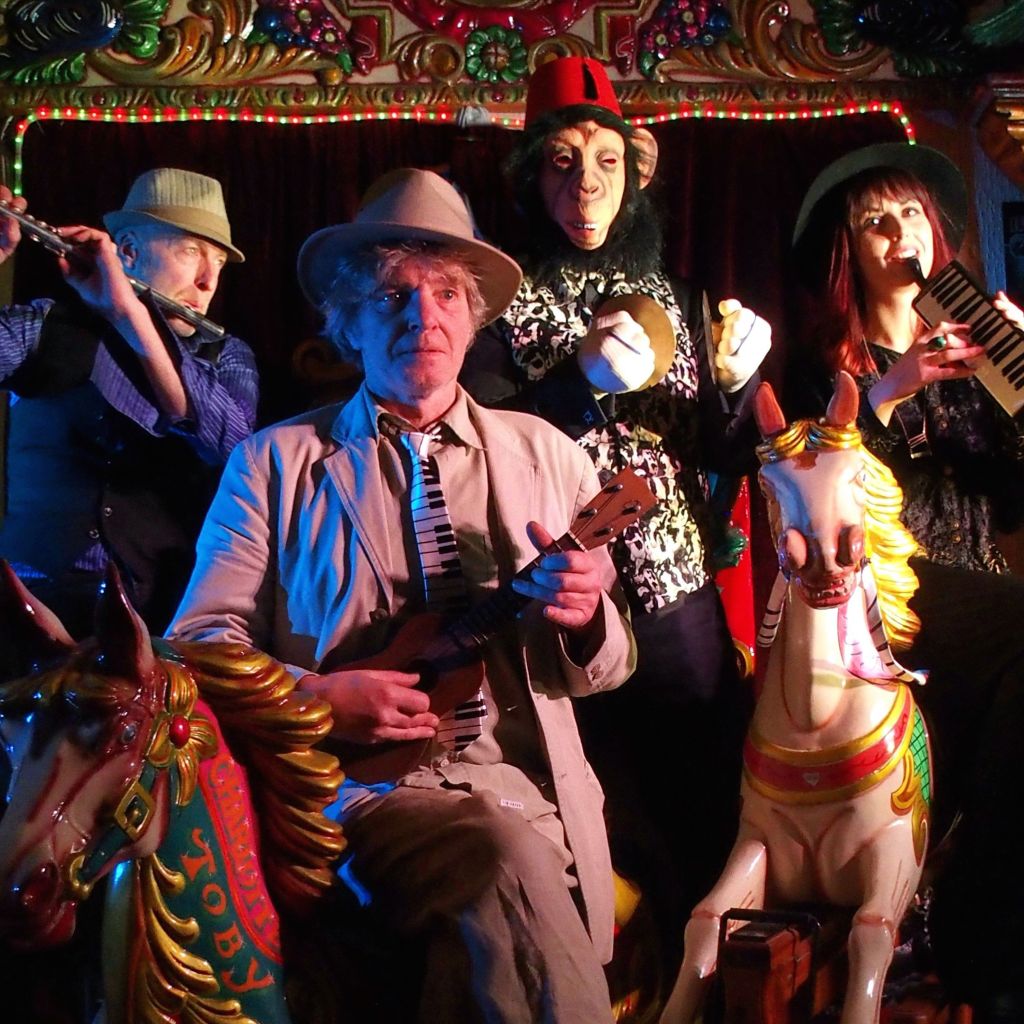 A song of reincarnation and adventure… Hold on tight!

Should you wish to support future recordings, Dream Of The Purple Baby  is also available to buy on all platforms here,

PsychicBread are a five piece with origins in the Peak District, London, Dubai, and Moscow who met through gigs, jams and a shared love of the extraordinary.

Featuring the surreal narratives of Mark Gwynne Jones (‘Inspired…’ The Guardian  ‘Astonishing…’ The Daily Mail), PsychicBread conjure a world of truth and illusion, monkey turning human, and the two lives of a girl called Amaryllis. Winners of four Festival Fringe Awards their performance draws on elements of storytelling, vaudeville and psychedelic-folk. It’s dramatic, funny and at times startlingly sensitive.

PsychicBread are currently recording new compositions. For some pictures of them recording Dream Of The Purple Baby see here, and to catch a slice of them live, see below…

N.B. More PsychicBread recordings are in the pipeline. In the meantime, listen to some choice cuts from our debut album In the light of this…

What people are saying…

‘Psychedelia at its best.’ Daniel Ambrosioni (The TripDown Project)

‘Would love to hear King Tubby put Purple Baby through the echo dek, great track… The Darkness Of Their Eyes is great too!’ Oreewan Kenobi

‘Billed as Spoken Word, this underplays the complexity of Mark’s unique genre. His stories are imaginatively enhanced by an evocative sound-track created by the music, percussion, and vocals of PsychicBread and the effect is spell-binding. Overall, this is a very rewarding, exotic experience, not to be missed.’ Sarah Jones (Oxford Festival Fringe)

‘My problem now is to review a performance that is quite indescribable in a way that can convey the fun, ferocity and flight of fancy that was Mark Gwynne Jones and PsychicBread. …the evening swung the audience round in dizzying circles that made you laugh, pause for thought then laugh again. You never quite knew what was coming next, what was true story or fantasy… and what sound would emerge from PsychicBread’s next configuration of instruments to explode over the audience like wild and exciting fireworks.’ Caroline Frith

‘I’ll be the first to concede that this won’t be everyone’s cup of tea. It wasn’t mine, to start with. But by the end of the evening I was absorbed completely and could quite happily have listened for several more hours. So I guess it is my sort of thing, and I can’t imagine I’m going to see it done any better.’ Nick Butterley (Buxton Festival Fringe)